Industry 4.0: What Can Help Fuel the Change?

How the New Industrial Revolution Is Likely to Require More Resources than Are Available and How a Country, Such As Ukraine, Can Contribute

Historically, meaningful innovative changes have seemed to emerge at certain intervals. They come in waves and take our economy’s means of production to a whole new level, with extended periods of relative calm in between them. The power of water and steam getting unleashed, the advent of electricity, the individual industrial computer-enabled automation that began in the 1960-s and has blossomed since, have all been referred to as industrial revolutions.

Since not long ago, the amalgamation of the often disruptive technologies, ideas and inventions that have sprung up over recent years (iOT, Artificial Intelligence, Data-Driven Decision-Making, and Connected Machines) has come to be spoken about as none other than a new industrial revolution. This new phenomenon has been named Industry 4.0. 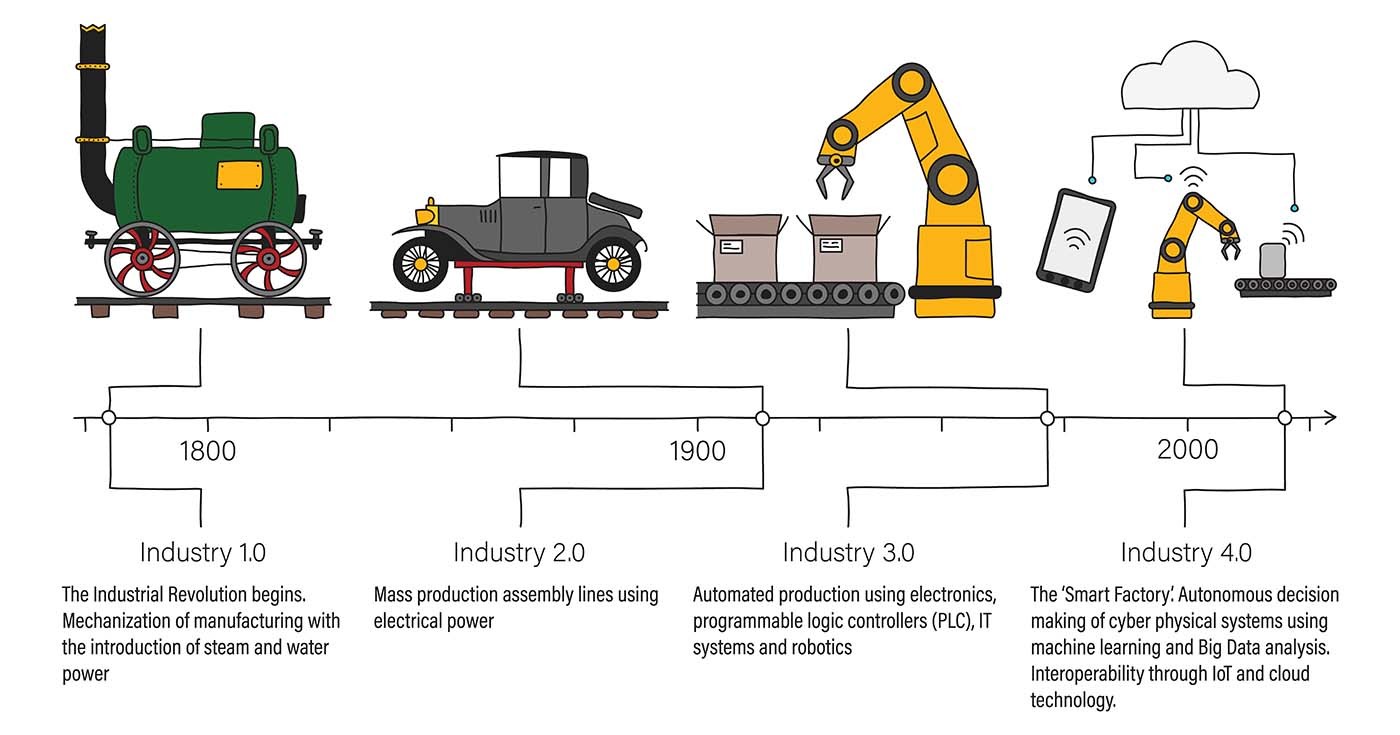 Are we, indeed, on the cusp of a new economic era? What is the underlying concept of Industry 4.0? What resources will be required and where can they be obtained by the Industry 4.0 pioneering economies?

What Is Industry 4.0 and Why Should One Care?

The concept of Industry 4.0 is, generally, centered around the idea of all-round digitalization and cyber-physical transformation of manufacturing as a means of rendering an economy more productive and efficient. Actually, the term is, often, used in varying senses. It can be used to mean a universal digital platform, used by companies in the same industry space, or the state of an economy that has been completely digitalized and is now in full compliance with the corresponding Industry 4.0 standards.

The concept of Industry 4.0 has gained the most exposure, support and momentum in Germany, Europe’s manufacturing powerhouse. Here this concept is rapidly becoming a reality. Almost 9 years ago, back in 2010, the German Federal Government made Industry 4.0 an essential and integral part of the nation’s Hi-Tech strategy.

With Industry 4.0, factories are supposed to turn into intelligent manufacturing ecosystems, whose components will communicate with one another to produce better results. Manufacturing lines will be in constant touch with the products being manufactured so as to ensure continuous improvement, cut costs, conserve resources and reduce products’ time-to-market.

The cyber-physical transformation of the industry will also involve the storage and logistics chain and allow Germany to once again re-affirm its position as one of the leaders of the global manufacturing economy. According to GTAI, by 2021, the number of German companies that have completely digitalized their value chain will have exceeded 80%, while the overall amount of the German Industry 4.0 investment is expected to constitute some EUR 40 billion. 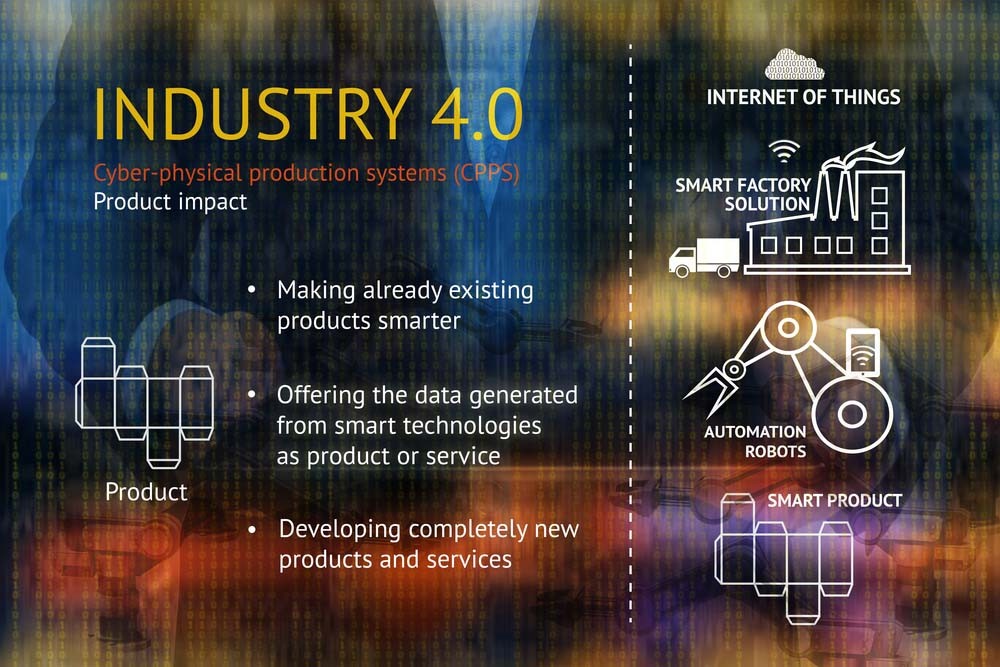 Obviously, other industrialized nations have to be following suit. Presently, most European nations already have their national Industry 4.0 programs in place. PWC’s 2018 Global Digital Operations Survey, which has covered 2000 companies from 26 countries and 9 industry sectors, has shown that global businesses are expected to invest a whopping USD 907 billion annually in the Industry 4.0 concept becoming a reality.

A recent Industry 4.0 study, conducted by Roland Berger, the well-known Munich-headquartered global consultancy, has shown the gains can be equally impressive. According to Thomas Rinn, Roland Berger’s Head of the Global Engineered Products & High Tech Competence Center, the ROCE rise, created by the Industry 4.0 transformation of the Western-European economy, can produce a EUR 420 billion worth of added value by 2035.

Currently, the nascent 4-th Industrial revolution is still far from its heyday. Nevertheless, the magnitude and results of the related developments already speak unequivocally about the onset of a new age in the history of industry, - one characteristic of, and dominated by an altogether novel, Computer Intelligence-assisted way to manufacture, evolve, improve and deliver products.

However, while money is, of course, of crucial importance, you cannot build anything with it if the ingredients you need are, simply, not available. What will be required to make Industry 4.0 a full-blown reality? And are these resources available to those spearheading the Industry 4.0 change today?

The Resources Required and How to Obtain Them

The fundamental changes, triggered by the implementation of Industry 4.0, will be taking place at the intersection of manufacturing, Computer Science and some other areas. At this point, one can single out several technologies that will be pivotal to the process. We have already mentioned iOT, Artificial Intelligence and Data Science. The other essential Industry 4.0 technologies include Additive Manufacturing and 3D printing, VR/AR and Collaborative Robotics. Thus, an extremely large number of such experts will be required in the near offing to create the anticipated multi-billion Industry 4.0-inspired growth.

How realistic would this be to find the above experts given the total of 756 000 unfilled European ICT jobs, forecasted by the EC to arise by 2020)?

It would be a safe guess the problem will not to be solved entirely any time soon. But it can be alleviated significantly enough with the help of nearshoring. In fact, the further rise of Industry 4.0 can modify the map of software outsourcing destinations for many Western-European countries, further changing their outsourcing preferences in favor of long-term relationships with nearshore software providers.

In this regard, the resources such Eastern-European nations, as Ukraine, abound in and can provide are likely to become an indispensable ingredient to the success of Industry 4.0 in Europe.

Judge for yourself: according to the IT Ukraine Association the current total number of Ukrainian software engineers stands at around 116000 (2018) and is expected to grow by more than 125% by 2025.

While Data Scientists, DevOps engineers, Machine Learning engineers and other AI experts are not galore here either, they are, often, much easier to find and hire than in Western Europe, and their number will only keep growing.

The several strong regional IT Associations that exist in Ukraine make it possible for foreign partners to discuss Industry 4.0-related opportunities at a larger-scale level, which can be rather useful in implementing such massive initiatives, as Industry 4.0.

In addition to taking part in the high-quality development of iOT and other AI software, Ukrainian IT experts could play a significant role in the implementation of the Virtual Enterprise (VE) concept, including the administration and support of virtual enterprise networks.

Moreover, the VE concept is likely to give a boost to the amount of BPO in the CEE region and create a multitude of BPO opportunities for Ukrainian businesses. This can happen because VE-driven collaboration platforms can make it a lot easier to manufacture product components at cheaper locations or those ones, where these components can be manufactured with better quality or using advanced proprietary technologies. In this sense, Ukraine can be a quite a bit of an economic lure as the country is just a stone’s throw away from many major Western-European industrial centers. This, along with Ukraine’s long-standing industrial manufacturing traditions and its several powerful infrastructural assets (such as, for instance, the major Ukrainian commercial sea ports of Odessa, Chernomorsk and Yuzhni) can make the related opportunities immense.

As the number of innovative Ukrainian startups is, currently, estimated at more than 450 (incidentally, the startups that were founded by Ukrainians include some world-known ones, such as, for example, Grammarly and Looksery), one can well expect them to make valuable technological contributions to the many Industry 4.0-inspired partnerships that can arise.

In favor of Ukraine being a logical part in Europe’s further implementation of Industry 4.0 are several more traits of its economy. Among those, are the industrial enterprises that are responsible for the country’s several top high-tech exports (rocket engines, fluid pumps, turbines, railroad vehicles and more), a large number of technical universities and the existence of a nationwide Industry 4.0 initiative, launched and led by the APPAU Association. This Initiative is, reportedly, participated in by a total of around 80 universities, IT firms, hi-tech equipment manufacturers and system integrators, including Siemens Ukraine, Robert Bosch Ltd., Schneider Electric Ukraine, Mikrol, Oven, Novatek-Electro, Azov Controls, Phoenix Contact, Indusoft Ukraine, Innovatsiyno Technichni Rishennya, National Technical University of Ukraine "Igor Sikorsky Kyiv Polytechnic Institute" and others. The APPAU Association is, currently, opening regional centers of the Initiative. One of such centers was inaugurated on October 4-5, 2018 at Zhukovsky National Aerospace University in the city of Kharkiv.

Taking part in the implementation of Industry 4.0 will allow Ukraine to reduce the outflow of its world-renowned engineering talent, support its technical higher educational establishments, create more opportunities for its industrial manufacturers and raise the competitiveness and profitability of its industrial enterprises.

Industry 4.0 can spur major local IT outsourcing market players to look into creating mutually rewarding synergies with manufacturers in order to gain the ability to market end-to-end products and solutions rather than mere services. It can help some of them transform themselves into product-driven software vendors, - a crucial leap, so much spoken about in the Ukrainian IT community and aspired for by many Ukrainian IT firms. 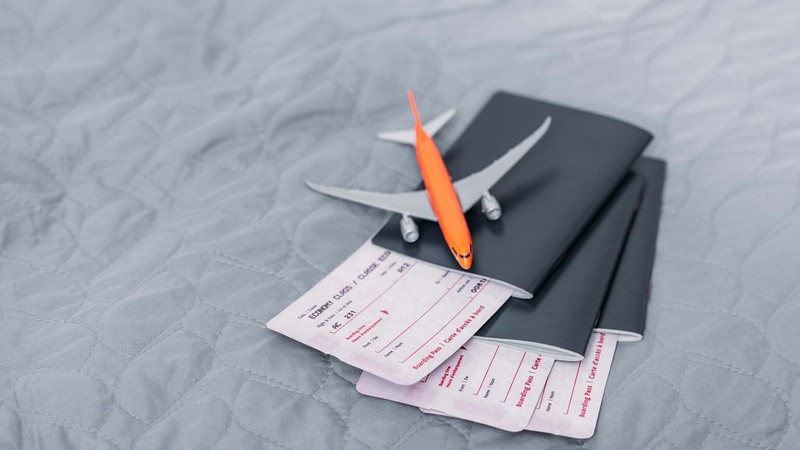 Nearshore Software Development Outsourcing: When Is It a Suitable Option?

Nearshore software development has been on the rise and favored by many Western companies over the more remote software outsourcing options. 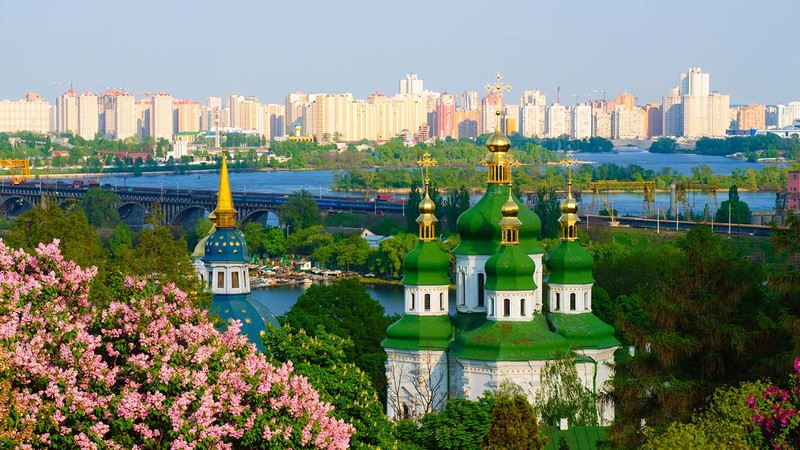 IT outsourcing to the CEE region has been on the rise for many a year now and it is increasingly popular with variously sized businesses in several continents and geographies, including Western Europe, North Americ...
Read More keyboard_arrow_right 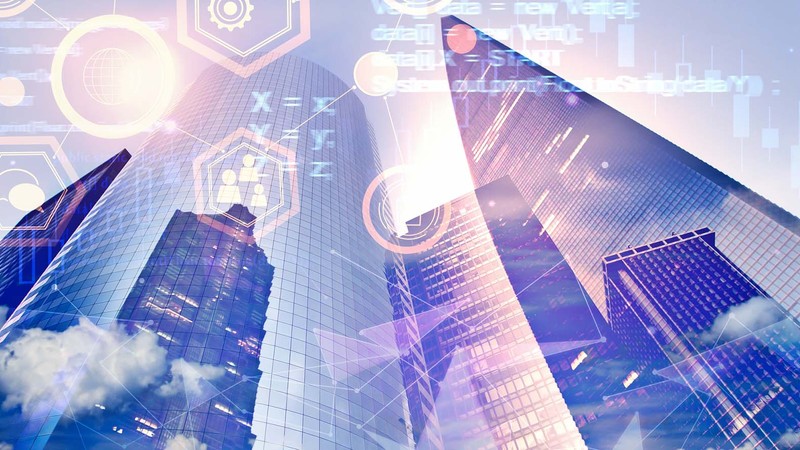